Managing Director of Niels Winther Shipping and Scandinavian Auto Logistics, Henrik Otto Jensen, has received the Order of the Star of Italy. The award is given to people in foreign countries who make a special contribution to Italy. Henrik Otto Jensen was knighted in honour of his commercial ventures, especially his effort to promote co-operation with Italian companies, such as Grimaldi Lines.
The Ambassador of Italy, Stefano Queirolo Palmas, presented the award at a celebration of the Italian National Day onboard the vessel Costa Favolosa on Saturday 30th May.

The award was established in 1947 after World War II as the Cavaliere dell’ Ordine della Stella della Solidarietà Italiana (Knight of the Order of the Star of Italian Solidarity) with the purpose of showing appreciation to people abroad who contributed to the reconstruction of Italy. In 2011 the award was retitled ’Order of the Star of Italy’ and is now given to people
who contribute to the preservation of Italian prestige abroad. About 190 people from around the world receive the award each year 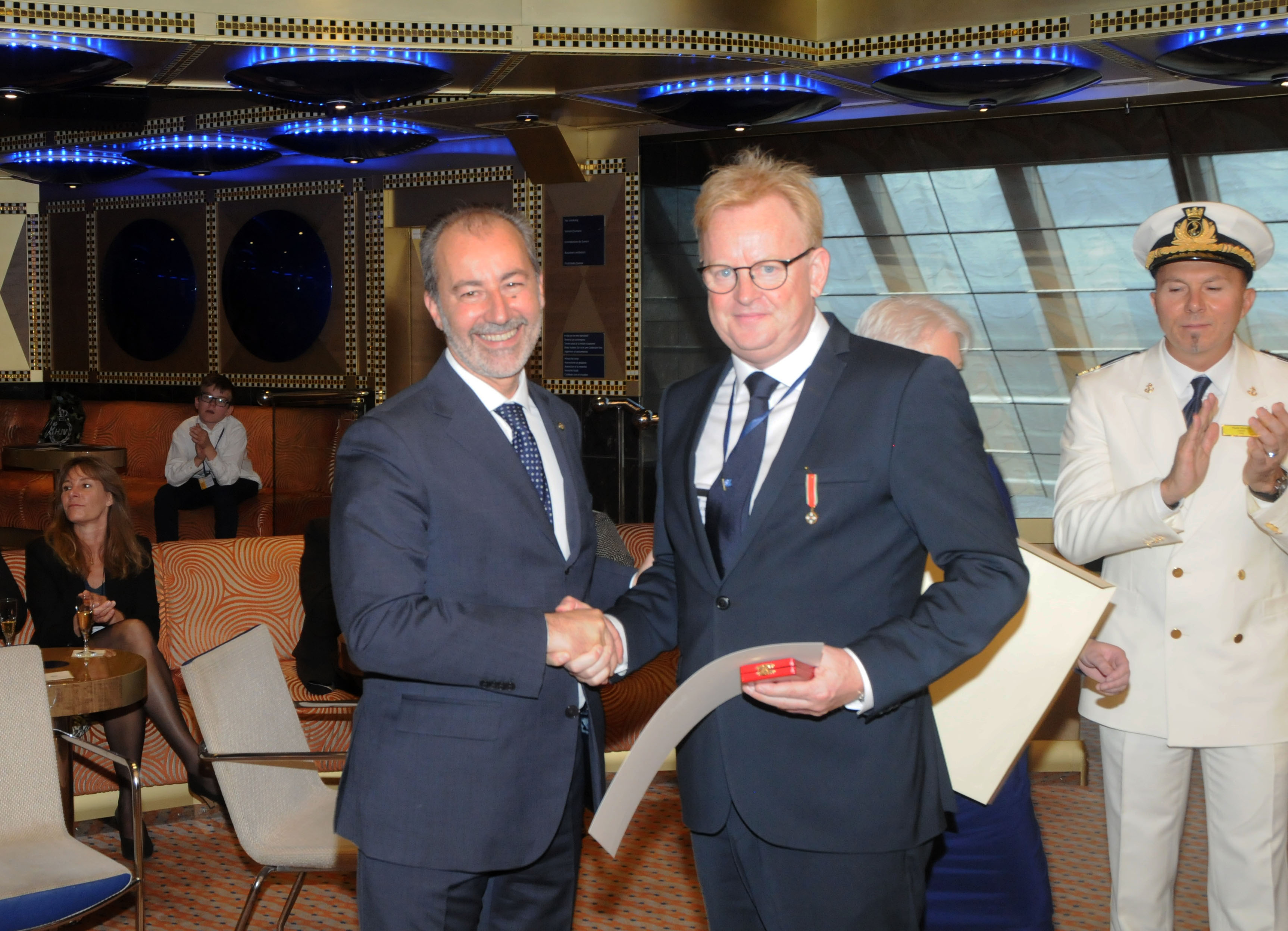 ”I am deeply honoured and recognise that this award belongs to all who have contributed to the commercial endeavers of Niels Winther Shipping and Scandinavian Auto Logistics, including our long-term business partner Grimaldi Lines.”

This website uses cookies to improve your experience while navigating through the website. These cookies store the cookies that are categorized as needed in your browser, as they are important for the basic functions of the website to work. We also use third-party cookies to help us analyze and understand how you use this site. These cookies are only stored in your browser with your consent. You also have the option to opt out of these cookies. However, opting out of some of these cookies may have an impact on your browsing experience.
Necessary Always Enabled
Necessary cookies are absolutely essential for the website to function properly. This category includes only cookies that ensure basic functionalities and security features of the website. These cookies do not store any personal information.
Non Necessary
Any cookie that may not be particularly necessary for the website to function and is used specifically to collect the user's personal data via analytics, advertisements, other embedded content is referred to as unnecessary cookies. It is mandatory to obtain the user's consent before these cookies are run on your website.
analyzis
Analytical cookies are used to understand how visitors interact with the website. These cookies help provide information about measurements of a number of visitors, bounce rate, traffic source, etc.
Performance
Performance cookies are used to understand and analyze the most important performance indexes on the website, which helps provide a better user experience for visitors.
Save & Accept
Powered by