Esteph has been in the business of ocean going transport and freight forwarding for more than 100 years.

Our founder Emil Stephensen was a well-established forwarder. He began his venture in 1898 when he opened an office on Amaliegade 31 in Copenhagen – close to the Copenhagen Freeport and the former main customs house ‘Toldboden’.

August Gihm became our first managing director. He was also co-founder of the Danish Freight Forwarders Association, which was established in 1909.

The story behind the name

The name ‘Esteph’ came in use in the 1950’s. At that time, our company was officially named ‘Emil Stephensens Eftf.’. However, our telephone operator found it easier to shorten the name to ‘Esteph’ when greeting incoming callers. Soon, more people, both internally and externally, began to use this shortened version alongside the official name.

Later, when we entered the business area of liner agency, it was decided to use ‘Esteph’ as name for the new liner agency department and keep the name ‘Emil Stephensens Eftf.’ for the freight forwarding department. Today, as we have become a sole liner agency, we only use the name ‘Esteph’.

Moving to the Copenhagen Freeport

In 1965, Esteph moved its office to the Copenhagen Freeport. Today, our main office is still located in this area, which is now called Nordhavn.

‘We became one of the first agencies in Denmark specialising in Ro/Ro shipping. Until the mid 1970’s, cranes were the only means of discharging vessels. But with the development of Ro/Ro vessels, wheeled cargo (such as cars, trucks and trailers) could now be driven on board these vessels.’

This meant that car transport became a core business of Esteph. Until 2012, Nissan and Chevrolet cars, among others, were imported to Denmark through the Port of Copenhagen by Nissan Motor Car Carrier and Höegh Autoliners, with Esteph as agent (either directly or through our feeder lines). Today, we are still heavily involved in auto transport. However, new cars are now imported to Denmark through the Port of Esbjerg, with Esteph as agent of Euro Marine Logistics.

A new era with breakbulk cargo

Entry into the market of NVOCC

In 2018, Esteph became the agent and commercial representative of CargoGulf, one of the biggest NVOCC operators in the world. This partnership has enabled us to expand our shipping services to freight forwarders in Denmark. We have now opened a new NVOCC division in the company, to offer worldwide solutions for smaller shipments – both LCL and FCL. 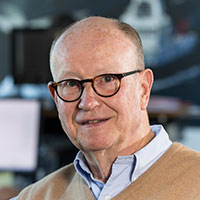 Visit our LinkedIn page to see our latest news and company updates.
Esteph on LinkedIn

This website uses cookies to improve your experience while navigating through the website. These cookies store the cookies that are categorized as needed in your browser, as they are important for the basic functions of the website to work. We also use third-party cookies to help us analyze and understand how you use this site. These cookies are only stored in your browser with your consent. You also have the option to opt out of these cookies. However, opting out of some of these cookies may have an impact on your browsing experience.
Necessary Always Enabled
Necessary cookies are absolutely essential for the website to function properly. This category includes only cookies that ensure basic functionalities and security features of the website. These cookies do not store any personal information.
Non Necessary
Any cookie that may not be particularly necessary for the website to function and is used specifically to collect the user's personal data via analytics, advertisements, other embedded content is referred to as unnecessary cookies. It is mandatory to obtain the user's consent before these cookies are run on your website.
analyzis
Analytical cookies are used to understand how visitors interact with the website. These cookies help provide information about measurements of a number of visitors, bounce rate, traffic source, etc.
Performance
Performance cookies are used to understand and analyze the most important performance indexes on the website, which helps provide a better user experience for visitors.
Save & Accept